THE SHADOW OF THE FOREST 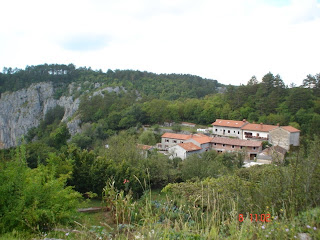 ‘Alan! School!’ George roared from the balcony. ‘Alan, I won’t call you again!’
‘Coming.’ Alan ran up to where the red Toyota was parked beside the balcony steps. Red-faced, George was waiting for him by the car. Big fatty.
‘Where’s your schoolbag? Go up and get it. And say goodbye to your mother. I haven’t all day, you know.’
Alan was shocked when he saw his mother sitting at the table, her head in her elbow, her shoulders heaving. He felt a child’s instant sympathy and fear for her sorrow, the sorrow of the source.
‘What’s wrong, Mum?’
She recovered quickly, took him in her arms. ‘It’s nothing, darling.’ But she knew that wouldn’t be enough. ‘Well, sometimes adults cry when they think of their own parents. And you know my Dad died last year, and I sometimes miss him. That’s why I was crying, but I’m all right now. Seeing you looking so bright and bushy-tailed makes me feel better.’ She kissed him. ‘Hurry now, off to school.’
George drove in silence, except for an occasional curse at a truck in front of him that was moving with the speed of a bicycle. It was one of those tiny trucks called Api, or Bees, that infest Italian roads. They make a bee-like sound as they trundle along, and the effect this one had on George was up there with the annoyance a bee would cause him, buzzing around his balding head.
‘Fucking wanker,’ he muttered.
‘What’s a wanker?’ Alan asked.
‘Never mind. Have you done your homework?’
‘I did my best. It was hard. Will you play with me after school today? ’
‘I can’t. Too busy.’
‘But Mum said you’re not writing. You came here to not-write.’
‘I’m busy with other matters.’
‘Why do you never play with me, George?’
It was on the tip of George’s tongue to say ‘Because you’re not my child’, but he checked himself.
‘Ask me to play with you in Italian, and I will.’
‘I can’t! It’s not fair! You promised me.’
George felt a twinge of fellow-feeling for the lonely child who had enough gumption to challenge him about his neglect of his surrogate fatherly duties, but he stifled it, especially seeing that this was a world where there were wankers driving around in contraptions called Api at a snail’s pace, impeding all reasonable progress. A bit of loneliness would be the making of that child, he thought; force him back on his own resources, it would.
‘Learn your Italian after school, get really stuck into it, and soon you’ll have lots of other children to play with. Ah, here we are. Out you get.’
Opening the car door, Alan was assailed by a Babel of children’s screeching voices from the schoolyard. One boy saw him and shouted ‘Ciao, Alan!’, came over and took him by the hand into a maelstrom of swinging heads and limbs. That was Tommaso, a son of one of the landlord’s friends. All they could say comprehensibly to one another at this stage was ‘Ciao’ and ‘OK’.
In the classroom, doing drawings, Alan remembered his grandfather on a slab in the mortuary. His mother had brought him to say goodbye. His grandfather was there, and yet not there in some indescribable way, his face congealed in a silence which was not like George’s bad moods, more like the silence of the woods. All day, as he played the new language game of dai, dammela, tutti seduti, pastasciutta, the shadow of the forest, which was also the shadow of his mother’s crying, stood in the background, discreet, waiting for an answer.

http://www.pighog.co.uk/titles/a-years-midnight.html
Posted by Ciaran O'Driscoll at 10:33