MY MOTHER IN THE SKY
You won’t learn much from me
about my mother in the sky
except that she’s up there for certain,
a star in a singing constellation.
She with a solitary tune
in life (one that she couldn’t turn,
a half-sung lullaby)
is now an aria-ist, a diva.
A change has come over her
utterly. At night I can hear her
from the garden, no longer shy
and tentative, no note too high
for her to hold till the cracking glass
of the universe comes to pass.
And in the singing of that star,
I get a sense of how things are.
© Ciaran O’Driscoll 2010
Posted by Ciaran O'Driscoll at 13:41 No comments: 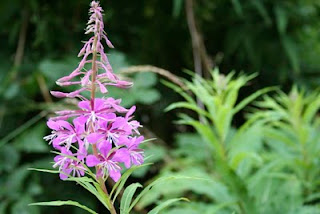 Posted by Ciaran O'Driscoll at 14:19 No comments: 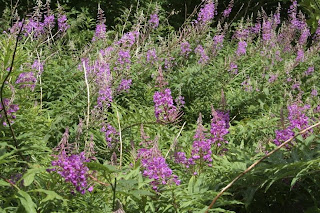 Griffon, griffon on the wall
Why are you not St Peter or Paul?
What are you doing there at all?
Posted by Ciaran O'Driscoll at 09:45 No comments:

A Griffon on the facade of the duomo in Orvieto.
Posted by Ciaran O'Driscoll at 14:23 No comments:

‘Halloa! Below there!’
These are the first words of Dickens’ consummate ghost story, ‘The Signal-Man’. Another consummate ghost story is ‘Oh Whistle And I’ll Come to You My Lad’ by M.R. James. And I mustn’t omit to mention here the other James, and his The Turn of the Screw. Nor Stoker’s Dracula, which I read at the age of sixteen. At the same age, I read ‘How Love Came to Professor Guildea’ by Robert Hichens in a big black book of ghost stories while minding my mother’s grocer’s shop on afternoons of few customers. More recently, Sarah Waters’ novel, The Little Stranger, impressed me strongly.
‘The Aleph’ and ‘The Garden of the Forking Paths’ by Borges and The Year of the Death of Ricardo Reis by José Saramago are surreal (or magically real) tales which I much admire.
There are many other spine-tingling or ‘far out’ reads which I have avidly consumed during my lifetime.
No doubt it was partly as a result of this kind of preferred reading diet that I have written a first novel called A Year’s Midnight, which is currently doing the rounds of publishers, through my literary agent. The thought occurred to me recently that if my novel is ever accepted, it might be handy to have a summary ready to hand, to provide an editor with a ‘working blurb’ for the back cover. More and more frequently these days,  authors are asked to write their own blurbs, as I was asked to write one when my memoir A Runner Among Falling Leaves was accepted. (The editor changed what I sent him, but only slightly).
Below is my working blurb for this novel.
A YEAR’S MIDNIGHT
When dogs are not walked, extensively and regularly, all kinds of evils come upon the world. So says the Alsatian Babs, chairperson of the Committee for Canine Well-Being, in this novel which patrols the border between realism and surrealism.
George, a writer who has suffered a nervous breakdown, and his partner Barbara, an art teacher, along with Barbara’s child Alan, embark on a year’s sojourn in a farmhouse in rural Italy. Intended as a period of recuperation for George and a break from the rigours of his writing, and for Barbara as a sabbatical to develop her painterly talents, the year deteriorates into a nightmare of recrimination and bitterness during which George, aided by mysterious apparitions and voices, begins to recall an unsavoury period of his childhood.
Barbara, worried about her thyroid problem and heartily sick of her partner’s drinking and shiftlessness, goes home to London for Christmas after a final quarrel when George returns to the farmhouse late and sees her in the arms of their landlord, Rogero.
George is befriended by a neurotic ex-professor of psychology, who is now venturing into the paranormal, and his ravishing daughter. He endures the company of the landlord’s three neglected dogs. With great difficulty and many detours, he embarks on unravelling the mystery of his visions and voices. Meanwhile Barbara’s health gets the all-clear from her London consultant, and she sets about arranging a modest art exhibition where she will show some new work from her Italian experience.
Evicted from the farmhouse by Rogero, George returns to London and attends her opening night...
Posted by Ciaran O'Driscoll at 14:27 1 comment: 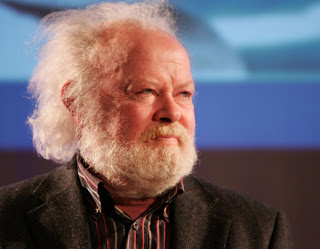 CIARAN O’DRISCOLL was born in Callan, Co. Kilkenny in 1943 and lives in Limerick.  He has published six collections of poetry, the most recent of which is Life Monitor (Three Spires Press, 2009). Liverpool University Press issued his childhood memoir, A Runner Among Falling Leaves, in 2001. He is a former lecturer in art history, and a member of Aosdána.
Posted by Ciaran O'Driscoll at 17:30 4 comments: