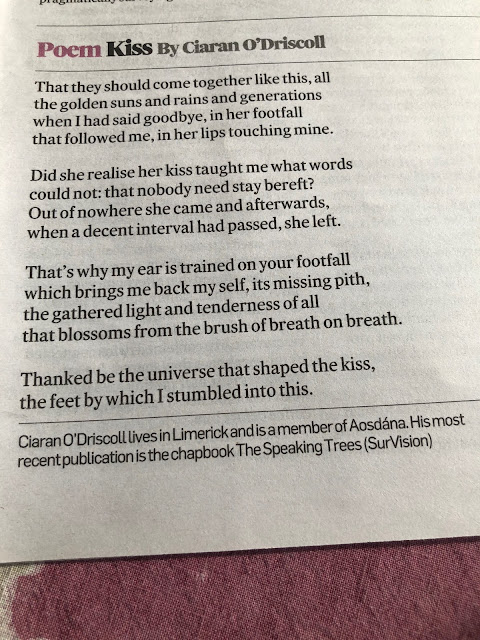 ANATOMY OF THE COPPER MAN

ANATOMY OF THE COPPER MAN

The entry wound is under the right elbow - here.
And as you can see
the neck of the fiddle has struck the heart. In fact
almost the whole fiddle has entered the body.
Only the head and feet remain intact.

Each arm, each leg, is fifteen fragments;
the trunk an archipelago, a jigsaw
presided over by the moonstruck face.

A relic of geansaí adheres to the neck;
lapels of a vanished coat. A straw hat
crowns this extraordinary apparition.
It fidgets forward in fine copper boots,
its own backbone for walking stick.

A king of shreds and patches, gentlemen,
held together by no thread of consequence.
Note how the fixed grin belies
the fact that the night sky floats through the wounds.


geansaí is the word for a pullover in Irish.
Posted by Ciaran O'Driscoll at 10:18 No comments:

The story goes that at the launch of the first issue of Poetry Ireland Magazine, back in the early ‘60s, the young Michael Hartnett criticized Patrick Kavanagh for using the word garage in a poem, and Kavanagh became very angry, upending a table of drinks. What would Michael have thought of a poem with the word Rinse-Aid in it?

Once, there was a table of drinks upset
in Bailey’s Pub in Dublin over the use
of garage in a poem. It’s not the kind
of word that should be used in poems, said
young Hartnett to his senior, whereupon
Kavanagh hefted a literary round.

Note that I used the past tense of the verb
heft just then. It’s a word which gained prestige
from Seamus Heaney’s frequent use of it,
a word that would grace any poem, and does
many, by Heany-echoing poets, since.

There are other Heaney-words that start with H –
hunker for example, and hoke – they, too,
are replicated for poetic kudos.

I wonder what would Michael Hartnett think,
God rest his soul, seeing the word Rinse-Aid
in a poem? How many bottles of Rinse-Aid
would fit in that County Monaghan garage?
Could all the Rinse-Aid in the country rinse
the garage out of Patrick Kavanagh’s poem?

I hunker when I’ve filled the dishwasher
and hoke about in the space under the sink
groping at bottles, looking for Rinse-Aid. 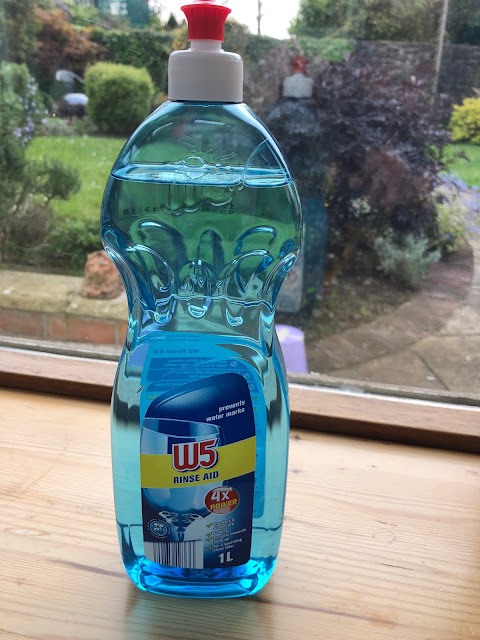 Posted by Ciaran O'Driscoll at 15:16 No comments: