THE TREES ARE SPEAKING AGAIN 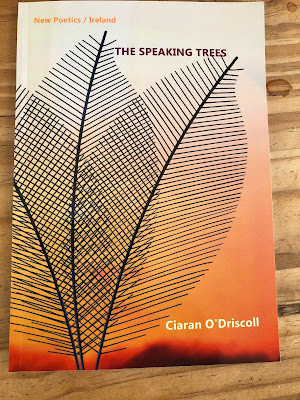 ANATOLY KUDRYAVITSKY is a poet and novelist who has been working ceaselessly to introduce a wider spectrum of poetry to the Irish reading public. He is a champion of, among other poetic modes, Surrealism and the Haiku. He embraces and encourages innovation and experiment in poetic forms. He has translated several Irish poets into Russian, Russian poets into English, and in 2017 he edited and translated into English an anthology called The Frontier: 28 Contemporary Ukranian Poets.
These are just a few of the facts concerning Anatoly's prolific endeavours, as writer, poet, anthologist, critic, mentor, monitor, linguist: a Renaissance kind of fellow in the midst of our dumbed-down ethos. In a cultural and benign sense, he is a frontiersman.
Following on the inauguration of SurVision Magazine in 2017, Anatoly's latest initiative on the cultural frontiers is a series of Chapbooks dedicated to Surreal/ Experimental poetry, and I am honoured and delighted to be among the first of the many authors on Anatoly's to-be-published list. The image above is from the front cover of my Chapbook The Speaking Trees. The second chapbook, the first to be published, is Humanity by the American poet Noelle Kocot.
The Speaking Trees is a compendious selection of 19 of my poems from over the years, including poems already collected and poems published recently in magazines and in the anthology Poems of the Decade, as well as a number as yet unpublished.
Copies of The Speaking Trees, Humanity and other titles in the New Poetics Series can be ordered at www.survisionmagazine.com

CONTENTS OF THE SPEAKING TREES 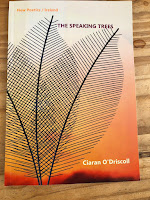