THE HORSE IN THE DISCOURSE OF THE RUBBERBANDITS

Limerick is well-known for its horses. They can be seen all over the place harnessed to sulkies, with a single driver holding the reins and leaning almost horizontally across the skeletal, one-seated frame. Horses can be seen grazing in fields within and on the edges of the city boundaries, piebald and roan and patchy and thrown-down looking.
The Rubberbandits, a comedy hip-hop duo from Limerick, have taken the horse to their hearts. Is this because the horse might be 'a metaphor for a community centre' as one of them asks in a prank call to a psychotherapist? But as the psychotherapist says, humans are very complicated and it's hard to know exactly why the caller constantly dreams of horses as a result of a dog 'having sex with his head'. If his head was made pregnant by a dog, the caller wants to know, why is he dreaming of a horse, shouldn't he be dreaming of a puppy?
'Horse Outside', a single released by the Rubberbandits in late 2010, had phenomenal success and led to the duo's being catapulted into fame. The phrase reverberated in the English language as spoken in Ireland. It was even alluded to in an article about an architect in the Arts Section of The Irish Times. On You Tube its fame went viral and global. I remember how much all three of us loved it in my home. It struck some truly resonant chord for us. As it did for hundreds of thousands of others. I want to suggest why this might be so in the following few paragraphs.
First of all, 'Horse Outside' presents a traditional, animal mode of transport in the midst of flashy mechanical modes of transport which have become status symbols in a pathologically status-conscious society. When the sexy young woman mentions the alternative modes of transport available to her from rival suitors, the Spar-bag-masked swain dismisses them all in favour of his equine means of conveyance:  'F**k your Mitsubishi, I've a horse outside....'
This admirer of female allure comes into a highly artificial and class-conscious society like a blast from the past, like a healthy force of nature, full of primordial, unselfconscious confidence. He doesn't give a damn about the claims to a woman's heart represented by ownership of flashy cars; he believes (as I think we all do deep down) that a horse is a far superior being to a mechanically propelled vehicle. This cocky wooer is making a claim for a true gradation of status: the superiority of a living being over a piece of metal.
Not only that, but the image of a horse outside is a powerful one. The horse which is outside the door of the church is also outside our society, outside the wedding feast, outside the pale. It conjures up in my mind the Ancient Mariner, the Knocking at the Gate in Macbeth, An Inspector Calls, The Green Knight, Death the Leveller, the Eumenides, the Reckoning.
I don't think it is too over the top to say that the Rubberbandits' horse outside also conjures up death and judgement. In one of their sketches, a claim is made that the only things that ghosts are frightened of are horses. There is also the echo between 'horse' and 'hearse': 'I have a hearse outside'. The church is a scene of funerals as well as of weddings. First Love, Last Rites is the title of a book by Ian McEwan.
Not only does our society shut out the horse, it also blanks out on death. In the old days, it was a horse that drew the hearse to the final resting place. This is still so in the case of travellers, who are like the horse in that they are also 'outside'.
Class distinction, sex, death and disparity are, of course, the life-blood of comedy. 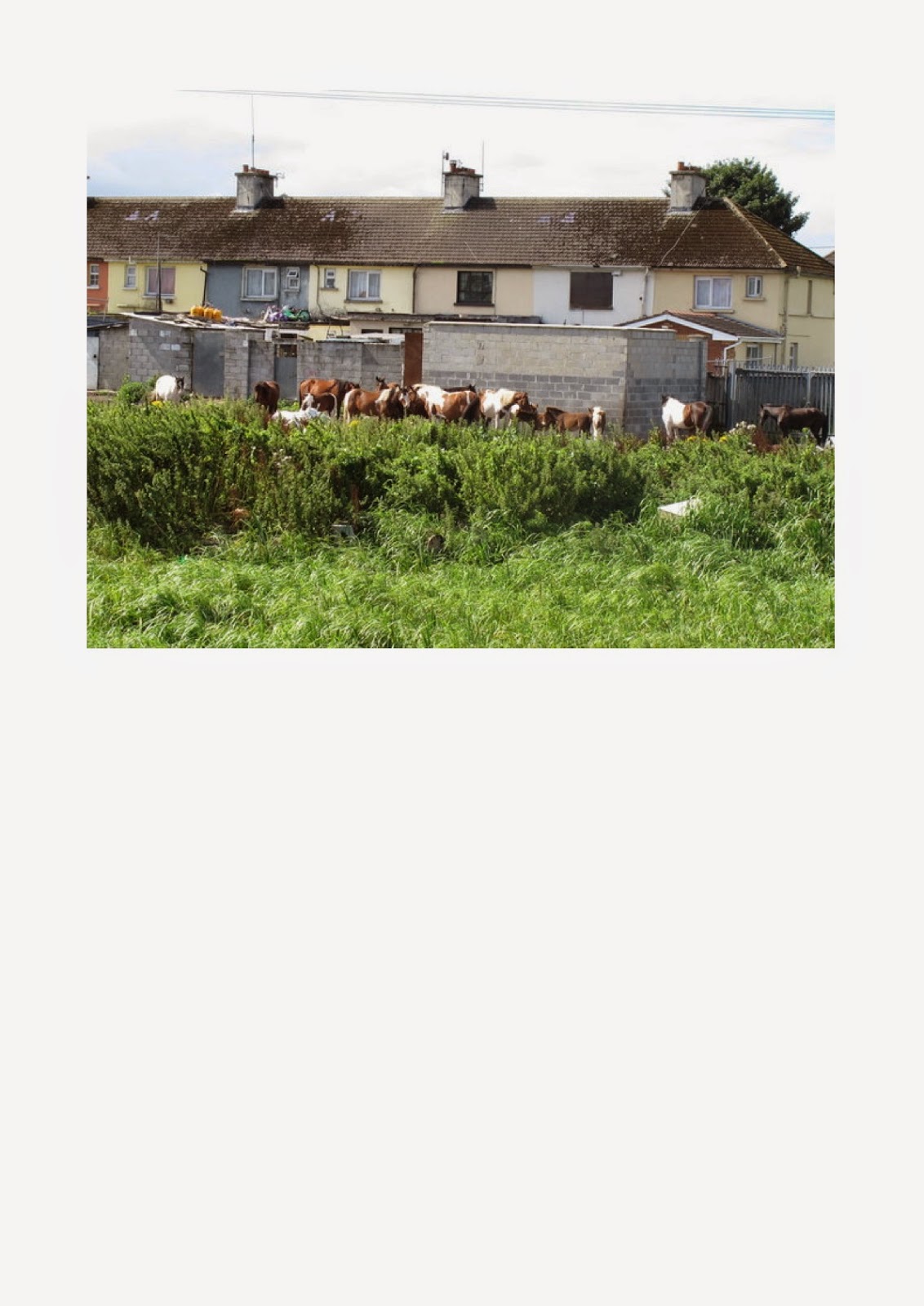