CLIFFS, A VOLCANO AND A FISH-EATING MAMMAL

The last time I was in Tenerife, a friend of a friend from Limerick, who lived on the island for half of every year, took Margaret and myself in his car to see Mount Teide (El Teide), one of the highest volcanoes in the world if you start from the sea bed. In the tourist complex below the volcano, I experienced a brief period of acute shortness of breath. I began to think, This is it, until I realized I was over 2000 meters above sea level. The volcano is still active, though the last eruption was over a century ago, in 1909.
That is not a cow grazing to the right of the volcano's mouth! 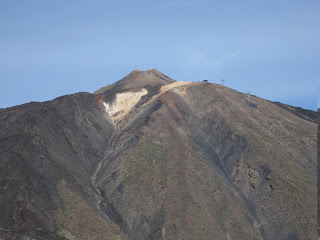 We were also taken to see Tenerife's answer to the Cliffs of Moher – Los Gigantes, near the resort of Puerto de Santiago. 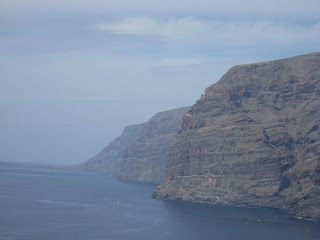 And here I am, a fish-eating mammal, back at sea level. 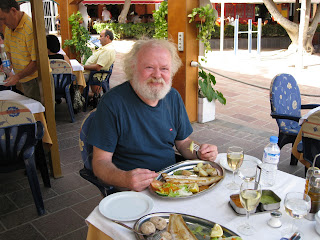